Luca had never experienced anything even similar to a hurricane in her home town of Cologne, Germany.

A PSE trimester program student attending high school in Ormond Beach, Florida, Luca experienced her first hurricane when Hurricane Irma hit the area she had been living with her host family in September.

“At first I was very scared because I never went through a hurricane, but my family had many security precautions in place such as metal grates in front of the windows. We were very prepared,” recalls Luca. 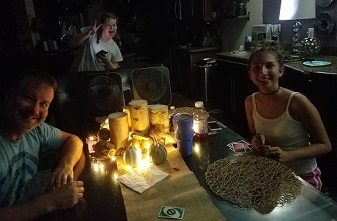 She explains that she felt very safe and calm during the hurricane after learning how prepared her host family was. Furthermore, she describes how her host family helped to soothe her emotions and succeeded in completely calming her down for the duration of the storm.

Although her family back home in Germany was concerned for her safety, what stood out to Luca about her first hurricane experience was the peace and tranquility that she enjoyed with her host family inside their home while the storm raged outside.

“We stayed inside during the hurricane and just chilled,” she states. “The power actually turned off at one point, so then we got out some candles and played board games.”

In the aftermath of the hurricane, Luca says that her host family’s home was thankfully undamaged and it wasn’t long before life resumed back to normal.

Of the rest of her experience in the U.S., Luca claims her favorite memories have been made spending time with her host family and her new friends from school. She recently joined her host family for an excursion to Disney World to celebrate her host sister’s birthday, and fondly remembers the trip as “the best day I have ever spent.”  Animal Kingdom was her favorite part of Disney World because the animals danced to Disney theme songs. 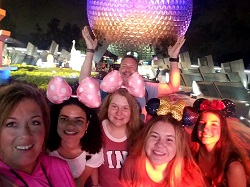 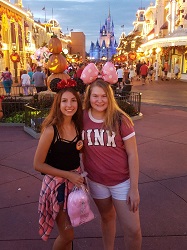 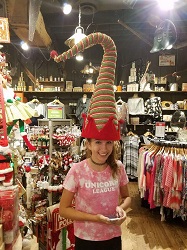 Luca’s host family has equally enjoyed their time with her. Her host mother, Liebe, says Luca fits into their family perfectly and they think of her as a family member. Liebe and the rest of the family treasures how many great memories they have been able to make together in Luca’s short stay with them.

Of the Trimester program, Liebe states “I think this program is really neat because Luca got to walk through the academic experience and have a lot of different experiences crammed into 10 weeks. She found that she enjoyed many things that she didn’t think she would.”

Luca’s host family was dreading having to say goodbye to her, and were very sad when she departed earlier this week.

Luca’s PSE Local Coordinator, Kristi, explains how well Luca adjusted at school. She says that Luca made many connections with school faculty and other students, noting that her participation in the school fundraiser for a new gym floor reflects her involvement in their school community. Luca raised $125 for the new gym floor all by herself! 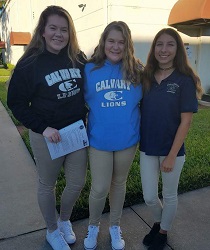 Kristi was originally concerned that students attending high school in the U.S. for less than a semester might not take the academic side of the program seriously, however she says this has not been the case with Luca at all. Luca has worked very hard to improve her English and to make academic progress, and she received straight A’s!

Luca thinks that her time in the U.S. on the Trimester program has impacted her very positively. 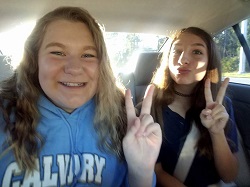 “The memory of being here I will always keep,” she states. “I have improved my English and found a second home.”