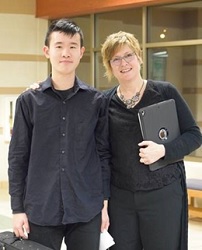 It turns out if you put your mind to it, and have some natural talent to help you out, you really can excel at just about everything.

Litao, or Leo, and 11th grader in Appleton, WI, is proof.

First, there is his academic performance. Vivian, who is Leo’s host mother, shares that he is very disciplined and focused on his studies.

“The studying has paid off, because his grades are amazing!” she says.

Gabby, Leo’s Local Coordinator, agrees and adds that Leo has worked extremely hard to achieve outstanding grades in all of his classes.

He has also worked extremely hard at excelling in music. Leo has been playing violin for 12 years and last year decided to join the school orchestra as a Sophomore. This year, he became a second chair first violin. 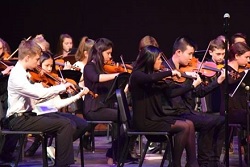 Leo is actually involved in three musical groups – the school orchestra, the school’s Chamber music program, and the Wisconsin Solo & Ensemble. He claims that his orchestra experience has been remarkable because it has taught him how to work with others organizationally and exercise his responsibility.

“I am involved with a small group in the program – working with a second violinist, a viola player and a cello player. I play ensemble pieces for the orchestra in Wisconsin Solo & Ensemble. I will go to the state competition with all three groups I am in this year,” he shares.

“Once you get to know Leo, you will find that he is always smiling and happy. He has a very even-keeled personality,” share Vivian, who describes Leo as shy, very polite, and respectful.

His shyness hasn’t stopped him from excelling academically, musically or athletically, or from making many friends along the way. 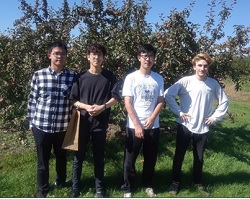 “Leo started our program as a Freshman, and we feel very proud of him for all the progress he has made throughout the years. Not only has he excelled academically, but also in his extracurricular activities. He has joined the school Orchestra and has amazed the school community with his violin performances. Besides, he has excelled as an athlete and has become one of the top scorers of the school JV Soccer team,” says Gabby.

Leo says that his interest in soccer began when he was in middle school in China, and he has great memories of when their team won all the competitions held in the region. He has played on the JV soccer team at his high school for three years, and has built many friendships with his teammates.

“I always miss the summer training and try outs, so I have not been able to make the Varsity team yet,” he explains. He plans to change that this year! 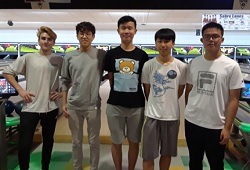 Vivian shares that their family has adjusted extremely well to Leo’s integration into their life.

“Leo is the eighth student that we have hosted, and he has already been here for two years. So, he has been ‘broken in’ so to speak (laughs)!”  She marvels at Leo’s talents and believes that his interest in the creative side of orchestra and athletic aspect of soccer makes him a well-rounded person.

Though he prefers eating Chinese food over American food, Leo is always willing to try new foods. He enjoys cooking Chinese hot pot for his host family and close friends. Leo and his friend Paul recently prepared Chinese food for the international student dinner at his school.

“He says that he’s not a very good cook and likes to cook basic Chinese food like hot pot. He likes to invite his friends over to share the food, and they have a good time,” Vivian shares. 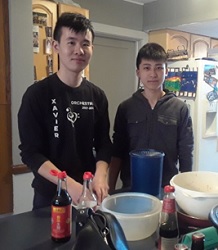 Leo plans on returning next year and trying out for the varsity soccer team. After graduation, he plans on attending a college in the U.S.

“Leo is a true ambassador of our program, and we can see a very bright future ahead for him,” says Gabby.

We look forward to following Leo’s journey and witnessing all of the many other ways in which he will excel throughout the years!