This is true for Antonio, a 15 year old boy from Spain who came to the U.S. on the Trimester program with PSE last fall.

Antonio was inspired to come to the USA as an exchange student by his mother, who urged him to participate in something that would help him improve his English, and help him grow and mature as a human being. The PSE F1 Trimester program fit the bill. 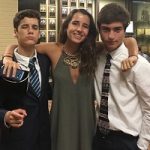 “This experience has been incredible!” exclaims Antonio. “I have matured and learned to make my own decisions. I also have learned to be disciplined and follow rules.” He also added that, of course, he has improved his English skills substantially.

Antonio’s experience wasn’t without its challenges. He recalls his first day of school, and how he felt fearful and lost since he didn’t know anyone. Though it was difficult, and he felt homesick at times, he started introducing himself to others and after awhile, it became easy.

Another challenge for him was when a girl who invited him to a school dance broke up with him right before the dance. He recalls how bad it felt, but he decided to go to the dance anyway and three girls danced with him! “That was such a good feeling,” he says.

Playing on the school Varsity soccer team was one of the major highlights for Antonio. He practiced with his team six days a week, which helped him meet even more students and make more friends. 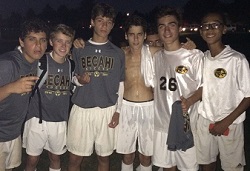 “My best memory was when my team was playing an important soccer game, and I was called from the bench to play, and I scored two goals! People made me feel like I was a winner and everybody approached me to congratulate me. It was such a good feeling!”

Another very important highlight for Antonio was his host family, with whom he got along very well. He had two host brothers, one older and one younger, both with whom he shared a great relationship. 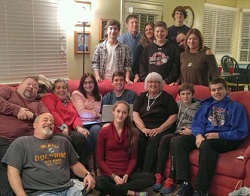 “I have the best host family ever!” he says. Though Antonio was involved in many activities, he mostly enjoyed spending time with his host family. “I do so many things with my host family – shopping, traveling, charity work, etc.”

For his host family, the experience was equally as rewarding. His host mother, Kristen, states “We had such a great experience with Antonio. It was  great experience for the entire family. He wanted to learn so much about American culture and the English language, and to be part of our family.”

Being a first-time host family, Kristen recalls how she appreciated the support and materials provided to her by PSE. 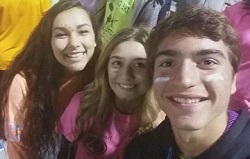 “Any time we had a question we had people to contact to get the information we needed. The packet we received at the very beginning was also very helpful since we had not hosted before.”

Kristen feels that families that have not hosted before should strongly consider doing so.

“You get to see how a young person really grows being in a different country and culture. It makes you feel proud contributing to that growth and experience.”

With the help of his host family, friends, school, and local coordinator, grow and mature, Antonio did. He gained so much from the experience, in fact, that he decided to extend for an additional month.

“Antonio is having a phenomenal time here! He is even extending his time until December and wishes he could stay longer. He fits perfectly with his host family, is 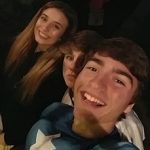 part of the Varsity soccer team, and is going to the homecoming dance. He is such a delight to have around!” recalls Kathleen, his local coordinator.

Would he recommend other students take the risk and participate on the Trimester program?

“Yes! The program is so well organized and everybody was so supportive. This is a great program and I will recommend it to everybody!”