Renpin, otherwise known as Jordan, just finished his third year on the PSE program and graduated from his high school in Wisconsin. Jordan first came to Wisconsin from China on the PSE program in 2013, and unexpectedly developed a profound interest in robotics. 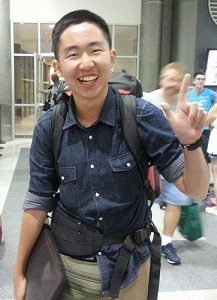 have many good memories in the U.S., but without a doubt robotics is one of the best! I was never interested in robotics before I came to the U.S, then after a couple of years here I met a student that invited me to participate in the club and this changed my life! ”

After joining the Robotics team at his high school, Jordan instantly developed a fascination with robots, which became his passion. He has a strong sense of team spirit, and was not only a member of the team this past year, but served as team captain.

This past April, for the second year in a row, Jordan and his team competed in a three-day Robotics World Championship competition in Kentucky, where over 400 teams were in attendance. His team met every day after school to improve their project, which was a robot built to throws balls into a net from long and short distances, and designed to always score. 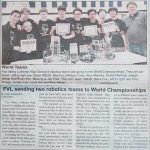 Jordan’s host mother, Andrea, believes that being involved in robotics has helped Jordan to build wonderful relationships with his teammates and also confirm his passion for engineering. Andrea is sad that he is leaving soon to attend college, but is proud of his achievements and is grateful for the experiences they had hosting Jordan.

A first-time host mother, Andrea adds, “I could not have been luckier; Jordan is a wonderful, generous young man, and we love him!  He is so hard-working and is a highly dedicated young man. He has become a member of our family.” She reminisces on how Jordan would spend hours teaching her seven year-old son how to build structures with legos.

Jordan will be attending college in New York in the fall to study Engineering. “I have learned so much during my time in the U.S. – for example, I have learned about Christian religion and how interesting it is to go to church. Also, I have built my confidence a lot.” 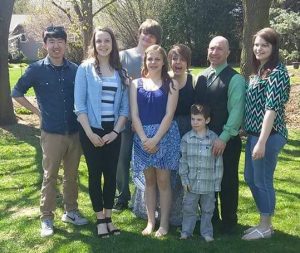 Jordan is grateful for the relationships he has formed on the PSE program. “I have had a great experience with PSE and have built a fantastic relationship with my host family and also my Local Coordinator, Gabby. She is so great, we are very close, and I had the opportunity to know her family and have dinners with them.” 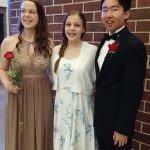 Gabby is very proud of Jordan’s achievements as well. She says, “Jordan has a very promising future in engineering, and I have to say that he is the most
positive kid on earth! Always smiling and always kind – his host family adores him. We all do!”