What does it feel like to be a king?

According to Wanlingyi, or Jonathan (his English name), it feels “SO cool!”

Jonathan was the first-ever Chinese international student at his high school in Florida to be elected Homecoming King.

He says that it is hands down the best memory he has formed during his PSE experience, and three years in America.

“It was such a surprise for me and felt so good!” he exclaims.

Jonathan went to the homecoming dance alone, and was elected from three candidates via a school-wide vote to be Homecoming King. When asked why he believes he was chosen, he explains “I think because I am nice to everybody and I know a lot of people in the school. I am so proud, I will never forget it!”

Winning hasn’t always come easy to Jonathan, however. He shares how he ran for president of the school government, and lost. The experience humbled him, and it made his election as Homecoming King that much more special. Through these experiences, he has learned to be more open and less shy. 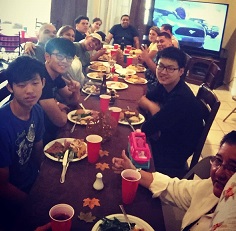 Jonathan has formed many other memories on the PSE program, which he describes as being a great experience. He participated as member of the school basketball team, and even had the opportunity to attend an MBA game, during which received a high five from Magic Johnson.

Music is also an interest of Jonathan’s, and he plays the guitar in the school band. He is grateful for the opportunities made available to him at his school, such as clubs, sports, activities, and opportunities to meet so many people. He also appreciates the relationships he has formed on the program with friends, and with his host family. His host family has hosted him for two years, and they are very close.

“I have had a great experience with PSE. Everybody has been very nice and supportive, and it has been a very enriching experience,” he says. 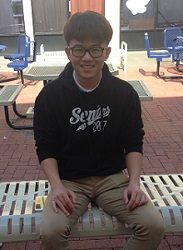 Jonathan plans to go to college in America and study business and/or economics.