Chenhui, or Billy, from China arrived to St. Louis Park, MN last fall to begin his PSE experience. As a requirement of his Religion class curriculum, he and his classmates had to complete a service project. Billy decided to volunteer at a local nursing home, and spent three hours every Sunday from February through April meeting with the residents, sharing stories, playing games, and spending time together.

“Initially, it was part of my school assignments, but now I love to do it and I will continue to volunteer when I come back! It has inspired me,” he says.

Billy has learned a great deal from visiting with the residents at the nursing home. One resident, a woman from China, was very excited to meet Billy after learning he was Chinese and could not wait to converse with him. As it turned out, she only speaks Cantonese, and Billy speaks Mandarin, so she asked him if there were any other Chinese people at the center. Billy misunderstood her question and told her that there were. When he realized his mistake, he tried to the best of his ability to explain to her that there actually were no other Chinese people in the center.

“She looked at me with despair in her eyes and held my hand, and then said she was happy I was there for her,” recalls Billy. He adds, “In that moment, the reason why I was doing the service project changed. I realized that I can do the best I can to make people happy and that they need me.” 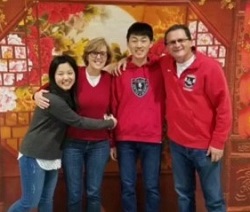 Billy shares another experience he had with a German woman at the nursing home who suffers from memory loss. “I talked to her a lot and asked her questions about her culture, and she was very interested in my culture. Every time I came back, she would tell me exactly the same things and ask me the same questions. At first I grew bored, but then I discovered that to every question she would ask me, I would respond with more details, which helped me to improve my English at the same time that I was giving her attention and making her happy!”

Volunteering became a centerpiece of Billy’s school year in the U.S. With his host family, he become involved with a non profit organization calls Bricks to Bread, which helps poor people in Costa Rica build brick ovens in order to bake bread, which they can then sell and earn money to support their families. 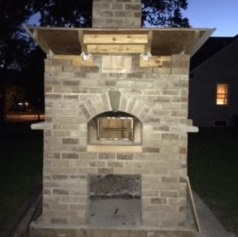 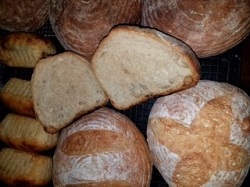 Some of his favorite memories from the past year involve baking bread with his host family. He explains that his family built a brick oven in their backyard so they could bake bread together, just like the families in Costa Rica. Billy said, “I have never eaten so much bread in my life! I am so glad that now I know how to make it.”

Billy has so many great memories; he describes how much fun he has had with his friends and how he has enjoyed the time he has shared with his host family. He is also grateful for the support he has received from PSE. “They have supported me all the way and everybody is very nice,” he shares. He appreciates how his local coordinator is always there for him. 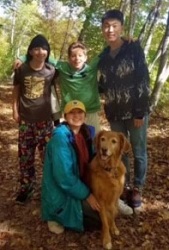 As for his school, Billy shares that it is a competitive private school with a great curriculum. He loves his teachers and indicates that they are very helpful and kind, and have been very helpful with the college application process. He has made many friends at the school as well. 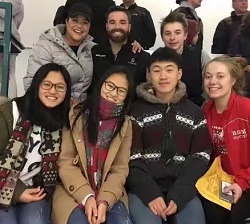 “What an impressive and kind-hearted young man!” Mai, his local coordinator, says of Billy. She describes him as a quiet and studious young man who earns good grades and yet finds the time to be involved with his family, school, and community. 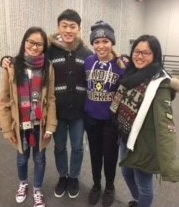 “His host family adores him and speaks highly of him,” she shares. “He has created memories and experiences for himself that he can be proud of, as well as giving his host family a great experience. Both parties have established an unbreakable, special bond because they were willing to open up and get to know each other. This is what all local coordinators love to witness and hear about.” 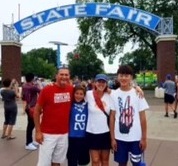 Chato, Billy’s host father, describes him as being a gentle, respectful, generous, gracious and a very polite young man with a great sense of responsibility and humor.

“It has been a great experience for all of us in the family to have Billy at our house! We have certainly created a bond with him. He participates in the activities we do as a family, he never complains, and he is great to be with! It has been fun to see him grow (mentally and socially).” 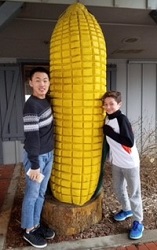 Billy will return to graduate next year and will be returning to the same host family.  After graduation, he plans to attend college in the U.S. and study business or finance.

Billy reflects on all of his experiences the past year. “I have changed during this time. I am more independent, have more life skills, and know how to resolve my problems on my own. It has been so good also to volunteer! Volunteering has changed me.”