On the phone, Luis is a quiet, ostensibly shy 15 year-old boy from Spain who arrived in Michigan to begin a PSE Trimester program twelve weeks ago.

When asked what motivated him to participate on the program, his answer is that his parents urged him to, as they wanted him to experience the educational system in America. Little did he know he would leave not only with knowledge of the U.S. educational system, but also with close friendships that will likely last for years to come. 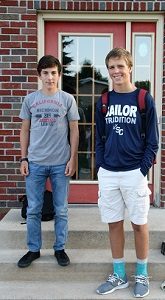 Luis and his host brother, Will, formed a quick and very strong bond to the point at which they did almost everything together. They attended volleyball games, socialized, and played on the soccer team together. They would also collaborate on school “dress up” days, dressing in camouflage and fluorescent clothing. They become fast and great friends.

Luis enjoyed many things about the Trimester program. He liked his school, he played on the soccer team, and he really enjoyed his host family, who took him around to experience different parts of Michigan every weekend. Some of his best memories are of the times he and his host family traveled around the state to watch Will play hockey.

Vicki, Luis’ host mother, said she loved the experience of having two teenage boys in her home playing, goofing around, and laughing together, and that witnessing the many memorable moments the boys shared together was a highlight of her overall experience. Vicki shares that one of these moments was watching her son and Luis jump repeatedly into large piles of leaves in their yard with the family dog. 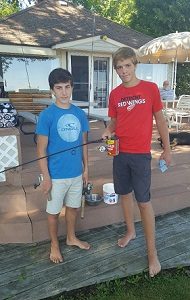 One of Vicki’s favorite memories of hosting Luis is when their family took a trip to the Silver Lake Sand Dunes and stayed in a cabin together. Luis and Will built a fire together and goofed around, and the entire family went for a hike together.

“We have really enjoyed hosting Luis. He speaks fluent English, which has enhanced the experience for both Luis and our family,” says Vicki. Her family previously hosted a student through a different agency who did not have good English skills, which made it difficult for them to engage with one another. She feels that with Luis, the lack of language barrier enabled him to really get involved and bond with their family.

“He was able to easily make friends at school and get involved in school activities since he was able to speak English well and communicate with the students,” she says. 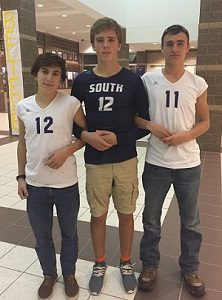 Making friends was something that Luis was very good at, evidently. Though he seems shy on the phone, he is a sociable, outgoing young man who won the friendship of his host family, host brother and classmates. Luis would like to keep in touch with the friends he has made in the U.S., and hopes to be able to come back to visit them.