When Jiangnan, or Michael as he is known by his U.S. peers, arrived on the PSE program four years ago, he had no idea that acting would become an integral part of his experience.

Michael had some prior experience with musicals and plays, and claims to have always had an interest in art, music, theater, and dancing, however it wasn’t until his grammar teacher encouraged him to act that he fully realized his talent and passion for it.

Michael recently performed the lead role in the play MacBeth in a regional Shakespeare competition with his Rochester, NY school. The play was performed in a community theater with judges, local actors, friends and photographers in attendance. 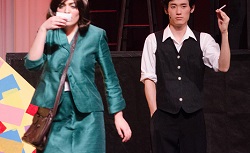 Michael thought he would be very shy on stage, but surprised himself with the ease in which he was able to transform into character. In preparing for the MacBeth monologue, he recalls that the easy part was memorizing the lines. The challenging part for him was to really become the character.

“I had to become dramatic, look scared (I breathed hard), and feel like MacBeth. To me, the most important part was to make it sound like I really understood the words I was saying in the right context to really become the character,” he describes. 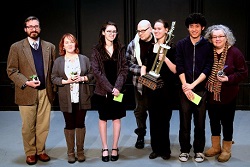 Besides discovering his interest in and talent for acting over the last four years, Michael has genuinely enjoyed his experience at his school in Rochester. He has appreciated the small size of his school, which has allowed him to gain easy access to his teachers. He is also impressed with how the school balances science and art. Michael is very grateful for the opportunities the school has presented him, and has participated in theater, band and choir. Michael has also volunteered in the community to provide food for the poor.

Michael reflects that the PSE program has also provided him many opportunities “to evolve, try new things, overcome issues, and for personal growth.” According to Michael, the experience has been “life-changing and mind-opening.”

During his four years in Rochester, he has lived with four different host families, and describes all of them as being very nice and helpful. He says that he has created fantastic memories with all of his host families, his local coordinator, and all of the friends he has made along the way. 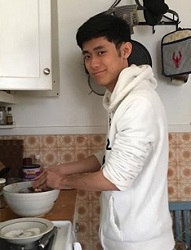 Michael has also had the chance to visit various American cities, and especially enjoyed the city of Boston, where he will attend college next year. He will study at Boston University and hopes to obtain a PhD. He adds that he would like to stay in America forever, and that he loves everything about it.

Michael is thankful to PSE and would absolutely recommend the program to other students.

“People in the organization are very caring and always make sure that you are doing well through the process. I really appreciate that!” he exclaims.