When Xiaoyu, or Kevin, first arrived to the U.S. on the PSE program as an 8th grader, his host family had no idea that they would end up hosting him for the next three years.

“I thought maybe we would host a student once, but after Kevin’s first year with us he was family. We wanted him to come back,” explains Kevin’s host parents, Michael and Cheyenne.

They had no expectations going into the experience and admit that they were clueless as to how Kevin would react to their family and how well he would adjust to living with them. 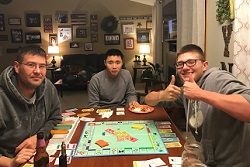 As it turned out, Kevin formed fast and lasting bonds with his new host family. Now, his host family cannot imagine life without him.

“We plan on having Kevin return to our family until he graduates high school and moves on to college,” says Cheyenne.

She claims she has learned so much through being a host mother, but thinks the best part of hosting Kevin is knowing that she and her family have formed a lasting relationship with him.

“We will go visit him in college and after,” she says. “He really has become a part of our family! Our journey is not over after high school.” 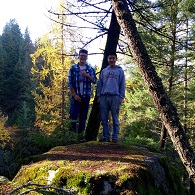 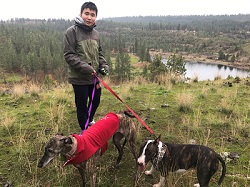 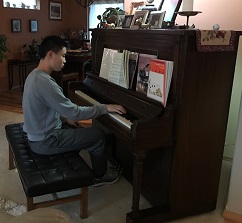 Kevin attends a small high school located in Spokane, Washington where he fits in well. He has made friends there and enjoys participating in school sports and other events such as math competitions. His favorite class is Chemistry. Some of the activities he enjoys doing outside of school include spending time with friends, playing tennis at the local park and playing ping pong and badminton at the community center.

His host family notes that Kevin does spend a lot of time studying, however he has always managed to remain an involved and well-rounded student. Kevin says that he would like to go to Canada to study medicine after he graduates.

Kevin shares that the PSE program has allowed him to improve his English and has taught him how to live more independently. 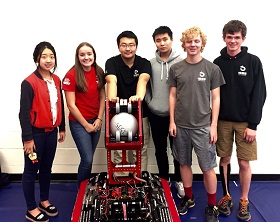 Kevin says that his Local Coordinator, Debra, takes good care of him and is always available to answer his questions. One of his favorite memories while being on the program was when he got to visit his Local Coordinator’s lake house along with some other students. In turn, Debra appreciates Kevin’s upbeat attitude and says of him, “Kevin always has a smile on his face!”

Of PSE, Cheyenne says she is often reassured by how thorough and organized the program is and how easy it is to communicate with individuals within the agency.

“I often think if my child was going somewhere for any length of time, I would want someone checking in on him and making sure his environment is good,” she explains.

Michael and Cheyenne think the most rewarding thing about being Kevin’s host family over the years has been knowing that they are really making a difference in his life and helping him to grow as an individual and to achieve his goals.

“Helping him with his English, homework, life experiences, and emotions are all shaping him into who he will become, and that is a great feeling.” 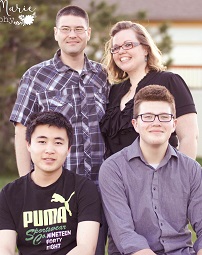