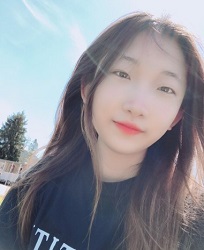 When Jiawen, or Angela, arrived to Grants Pass, Oregon two years ago, she was quiet, shy, and spent most of her time observing other students.

Fast-forward to today and you will find that Angela, a senior preparing to graduate this May, has found her voice and left an indelible mark on Grants Pass and everyone that has known her over the past two years.

“I was so shy, unconfident, and aimless. I was even afraid to answer a question in class. But now, I help teachers to plan events, make decisions, and am a leader to other people. I forced myself to get out of my comfort zone to build a brand-new me,” Angela reflects.

Taking advantage of opportunities at school was a gateway to Angela’s self-discovery and enabled her to build confidence. Getting involved in volleyball and basketball opened her eyes to the passion she has for playing team sports. 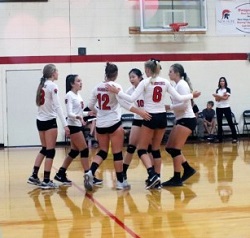 “In the beginning, I was just doing it for the experience, because I had never played any sport before. But I found out that I really like to play volleyball and working with my teammates,” she shares.

Not only did she get involved in sports, but in clubs at school as well. Angela emerged as a leader and discovered that she is skilled in this area when she assumed the role of President of the Future Business Leaders of America (FBLA). 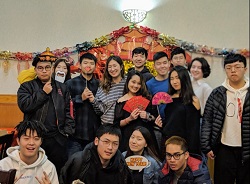 “It was my pleasure to become the president. We had an FBLA competition and we passed regionals and got to the second round of the state competition,” she shares.

Realizing how much she enjoyed leadership roles, she sought out other opportunities. She got involved in leadership class at her school, which allowed her to develop her skills further by planning events for the student body.

Angela also joined a community service group and volunteered to help plan and put on the Sadie Hawkins Dance at school. 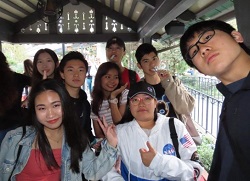 “It was an interesting experience for me because I had never had a dance at my Chinese school. I love the dances here, and I always have so much fun getting ready before the dance, decorating, and creating the atmosphere with my friends.”

If you ask Angela what she enjoys doing the most, she will tell you that she enjoys singing, traveling, making friends, having parties, and making plans with people.

“I just love to work with people, so I try to do everything I can to get involved,” she says.

All of her involvement in school and community activities has earned her notoriety and respect among her peers. This became evident when her classmates voted her Homecoming Princess two years in a row.  “I never thought it would happen to me!” she exclaims. 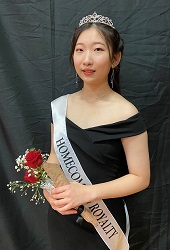 Dawn, Angela’s host mother who describes her as a motivator, encourager, and a person who works hard at every endeavor, shares:

“We have thoroughly enjoyed getting to know Angela. She is a wonderful addition to our family. We love learning about who she is and understanding her values based on her Chinese upbringing. She is so responsible, respectful, and has taught us so much about Chinese culture. She is always asking questions and is so eager to learn and grow. Because of this, she is thriving in America!” 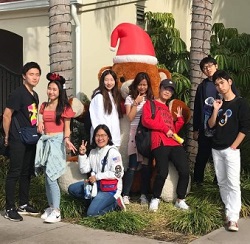 Though she stays very busy with her many activities, Angela does enjoy spending some downtime alone which usually includes laying in her bed, having some snacks, and watching a couple of movies by herself. She also finds plenty of time to spend time and form memories with her friends and host family despite her busy schedule. 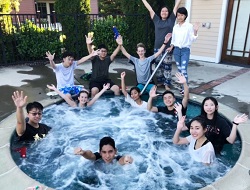 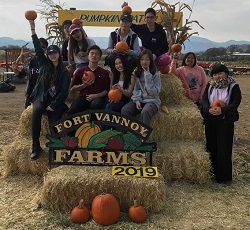 Dawn shares that hosting Angela and other international students over the years has enhanced their family life.

“Our family loves opening our home to international students. They add so much to our daily lives. We have learned to share, to listen, and we find that we watch much less television because we’d rather talk.”

While reflecting on her exchange experience, Angela shares that she has changed in many ways as a person. 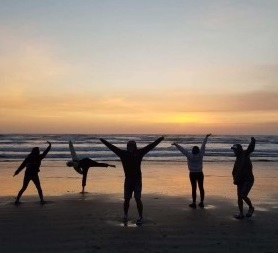 “I challenged myself to walk out of my comfort zone and experience a different life. In the future, when I reach a low point, all the things that I have done now will give me the confidence to say to myself ‘You are good! Don’t give up! You can make it!’”

Angela looks forward to attending an American university to study Business. She plans on either being a businesswoman or a psychologist. After earning a lucrative income, her dream since childhood is to open a pet hospital.

“I am so proud of the young woman Angela has grown to be. She was so quiet and shy when she first came to us, but she has become a great leader and is fully independent now. I can’t wait to see all that she accomplishes in her future endeavors. Go get’em, girl!  You can do anything you put your heart and mind to.”