When Sihan, or Hans, arrived to Tyler, Texas last year, he decided to try something different. So, he joined the Chess Club. 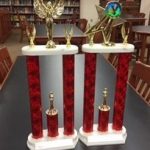 months later, he was awarded second place in a chess competition.

Hans was not aware of his passion for chess until joining the Chess Club at school. The Chess Club teacher is a scientist, and his son is a professional chess player, so Hans was fortunate to learn from the best.

Every Wednesday, Hans joined the other club members to learn and practice their chess strategy. He explains that he appreciates chess because it involves making smart, well thought out choices, and every move can affect the outcome.

“It makes you think and it is unpredictable – that is what I like about it.” he shares.

Hans is proud of his second-place award, but he hopes to achieve first place next time. He explains that in order to be in second place he had to defeat five people, which he is proud of. 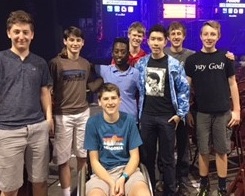 He describes of his final win, “I lost my queen in the first round, then he thought he was surely going to win, so I let him believe so and then used my two knights and bishop to win in the end. I hope next year I will be in first place. It felt good to bring honor to my school!”

Besides discovering his passion for playing chess, Hans enjoyed celebrating Christmas in America. 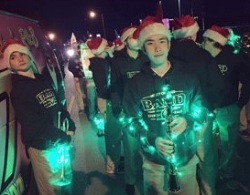 “The best time ever was Christmas! We cooked together, baked cakes, and spent time together. Christmas evening was really special to me,” he shares.

He also has great memories of traveling to other parts of Texas, Arkansas and Colorado with his host family. He said each place seemed so different and interesting to him.

Hans has become involved in many activities at his school this past year. He joined the swim team, band, and sings in church. He has a great relationship with his local coordinator and host family. He is also very pleased with his school. He describes it as being “small and personable; all teachers know you well and are extremely helpful.”

Hans’ host family has thoroughly enjoyed their experience getting to know him as well. They share, “Hans is a talented musician who has taught himself how to play the piano and the clarinet since coming to live with us.  When he gets something in his head that he wants to do, he does not rest until he accomplishes it and accomplishes it well. As a result, we are serenaded virtually every evening as he builds his repertoire of concertos. In about six months, he has become so skillful that he played background music for 30 minutes prior to the Senior Honors Convocation at the end of this school year.” 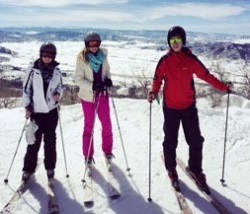 Tina, his local coordinator, has also appreciated Hans’ motivation to get involved in many aspects of American community and school life and his consistently positive attitude. “It is wonderful to see how he balances all of his activities with self-motivation,” she says.

Hans is coming back to Tyler next year to graduate, and then plans to go to college in the U.S. and eventually become a surgeon.

Of the PSE program, Hans says, “This experience has changed my world. I have so much more freedom here, and I have time to do what I like. I play the piano, the clarinet, I even had the opportunity to join the band in school! I also sing in church and played the piano at the graduation celebration. That was exciting!” 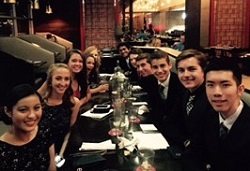 Hans explains that he loves America because academics do not overtake your life and you have the chance to grow as a human being in areas you are interested in.