Zixuan, or Justin, has big dreams of becoming a pilot one day. He wants to go to college in the U.S. and plans to eventually attend a flight school to get his piloting license.

Originally from China and arriving on the PSE program for the first time in January 2017, Justin has adjusted very well to the private high school he now attends in Appleton, Wisconsin. He has formed a relationship with every one of his teachers, and is well known in his school community for his hard work and dedication to both his studies and his extra-curricular activities. 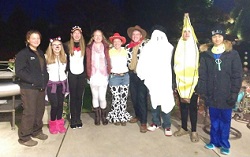 Justin has learned a lot about teamwork from being on his school’s Robotics Team, where he has had the opportunity to explore his interest in robotics and exercise his talent for innovation. His team competed in a robotics competition against some teams from other schools this past October, and they placed second. He describes the competition:

“The challenge was to have the robots move coins. The team whose robot moved the most coins won the competition. We had a lot of coins on our robot, but the other team blocked our robot from getting from one place to another.  We had 1 ½ mins to move the coins. The robot had to be programmed to move on its own for the first 20 seconds, and then you could use the controller.” 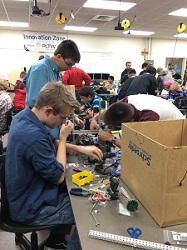 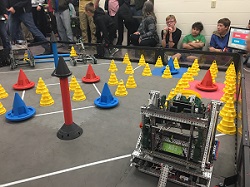 Justin and his team spent almost three months building their robot for the competition, and in that time there was a lot of team bonding and sharing of cultures and experiences. He shares:

“I have learned to think more about my other team members from this experience. We were disappointed that we lost, but we were understanding and encouraging of each other.” 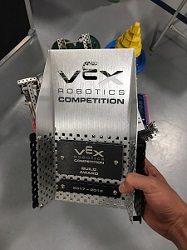 Outside of his Robotics Team, Justin has had an enjoyable and rewarding experience on the program, and has maintained positive relationships with both his Local Coordinator and host family.

Of his PSE Local Coordinator, Gabby, Justin gushes: “I love my LC, Gabby; she is so nice. I think she likes me a lot, and she helps me a lot. She is the best!”

Gabby is indeed a fan of Justin’s and claims that he is truly an exemplary student; very mature and driven in all of his endeavors.

“He is really focused on becoming a pilot, and I think his involvement in the robotics team at school will help him in achieving this goal.” Gabby says that because Justin succeeds in everything he puts his mind to, she can clearly see him being a successful pilot in his future.

Justin’s host family has enjoyed getting to know him as well, and especially appreciates the cultural exchange component of the PSE Program. 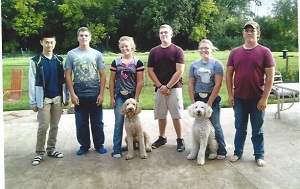 “We have really enjoyed getting to hear about his culture and lifestyle,” Linda, his host mother shares. She explains that Justin gets along with all four of her children so well. “I am glad to have had this experience,” she says. 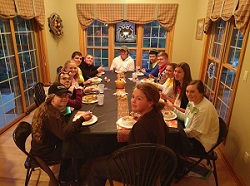 When asked for advice he would share with students new to the exchange program, Justin offers: