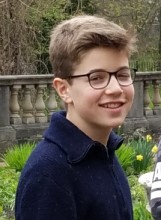 “He likes to travel, see, and do as much as he can! He is curious, independent, and makes friends very easily.”

Lisa, his host mother, agrees, and says that Jacob is very polite and personable. 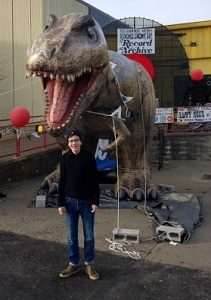 “He is very interested in any hands-on experiences that he can get involved in while here and loves to meet new people,”she shares. She recalls several occasions when Jakob would approach new guests at their house to introduce himself.

“It’s not something our kids would do. Funny how small things are so culturally different,” she says. She continues:

“Jakob mentioned that we under-appreciate our sunsets. He just loves the sunset and how the sky looks when it is happening. He says that in Germany, at least where he lives, there isn’t a place to really see the sunset. I’m glad he pointed that out to me. I will be more appreciative now of each setting sun that I can see.” 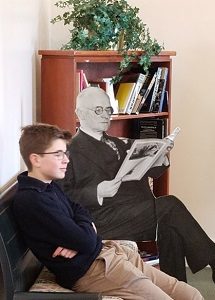 Being that this is Jakob’s first time in America, he notices many cultural differences too. He reports that Americans are very nice and more inclined to ask people how they are doing. He also notes the vast amount of fast food places here in the states. His favorite American fast food meal is “The Garbage Plate.” This famous Rochester street food consists of a hot dog and French fries combined into one meal. He also enjoys dining on the classic American hamburger.

Lisa recalls several fun excursions they have done together, such as visiting the George Eastman Museum, going to a local baseball game, and watching fireworks, and visiting Sodus Bay. Sodus Bay was most memorable, as Lisa explains:

“Jakob got to steer a boat when we all went out together for a ride. The water was still freezing since it was only the end of May, but Jakob insisted that he wanted to go swimming. He jumped in and it was fun to see his reaction to that cold water (she laughs). He can check this off his list of things he’s accomplished – swimming in the icy water of Lake Ontario in Sodus Bay!” 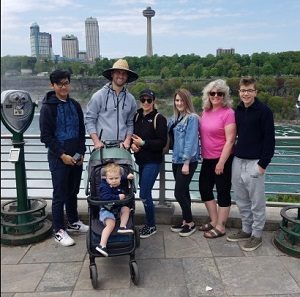 Another memorable trip was to the beautiful Niagara Falls on their way to Toronto. Lisa remembers that it was raining. She recalls, “Jakob and I jumped the rain puddles and took pictures of the falls. While it was a quick little jaunt, it was very fun to watch him taking pictures. He even wanted to take a picture of me as well!”

Their family also went on the “Maid of the Mist” boat ride which took them close to the falls where they could feel the wind and the mist. 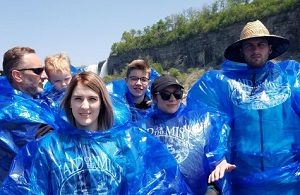 Jakob very much enjoyed the visit to Niagara Falls, and also enjoyed visiting Toronto, Ontario in Canada with his host family. They visited the Hockey Hall of Fame and took in the city views from the CN Tower, where he watched the city turn blue due to the tower’s illumination system.

Lisa says that Jakob is a good cook and loves to make pasta.

“He has made me some pasta Bolognese that was fabulous! And some pasta with mozzarella and fresh tomatoes with balsamic vinegar, basil, and olive oil. Wow! So simple and so good.” 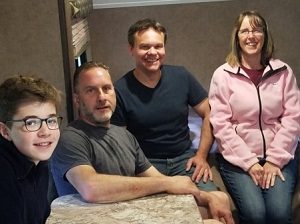 Jakob enjoys spending time with his host family and appreciates that they give him opportunities to be independent. He especially enjoys Sundays. On this day, the whole family partakes in activities such as playing board games.

“Our family tries to spend time together as much as possible. It’s difficult because everyone comes home at different times,” he shares.

“My friends like talking to me and learning about German culture. We like going to the mall, watching movies, and going to restaurants.” He notes that every conversation has enhanced his English skills, and his confidence has increased through practice.

Jakob’s favorite memory on the PSE program is when he embarked on a trip to New York City with other international students from his school. For three days, they visited sites including the Rockefeller Center, Times Square, the Statue of Liberty, and Central Park. 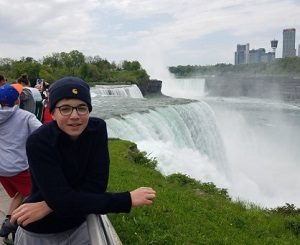 “We had so much fun! It was amazing to see so many different cultures in one place. I enjoyed watching the musical ‘Jersey Boys’ on Broadway. Oh, and our drive through Harlem was interesting too!” he recalls.

“I hope he has enjoyed his stay and has some fond memories to take back home with him. Who knows? Maybe one day his sister will want to come stay with us too!” she shares.

Whatever the future holds for Jakob, we will him the best of success and look forward to hearing more about his adventures!