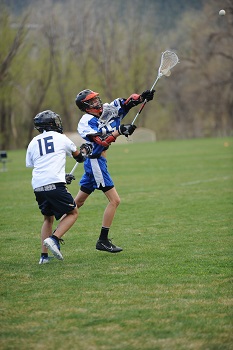 Mark is a German student who spent a memorable sophomore year in Colorado Springs, CO on the PSE program. His reasons for participating go beyond improving his English skills and experiencing a new culture. Mark’s father studied in the U.S., a notable inspiration that drove him to seek out an international program experience of his own.

America provided Mark with many wonderful experiences as well as surprises. Mark says that the biggest shock to him was how friendly Americans are. He shares, “I’m just used to minding my own business and not talking to anyone. But here, people greet each other on the streets even though they have never met each other.”

Mark was also surprised by the casual dress culture of Americans in Colorado. He immediately noticed how people were not concerned with dressing up when they left the house. 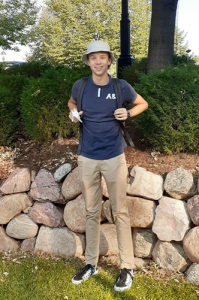 “It might seem to most people like a small deal, but I am a person who really likes dressing up – for school as an example,” he shares.

“In Germany, everything is old school. We rarely use computers at all, and the school website was not working most of the time. When I came here, I was surprised by how much further digitalization had come here. We took notes on computers, got our worksheets via Google Classroom, and it make online schooling more appealing.”

Mark took advantage of the opportunity to participate in several sports while on the program, including basketball, tennis, lacrosse, and volleyball – some of which he was familiar with and others not. Tennis, a sport he had played in Germany, is one in which he especially excelled, ranking number one on the school team. 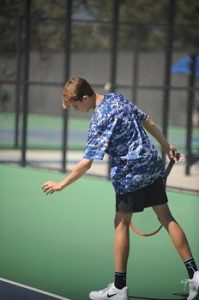 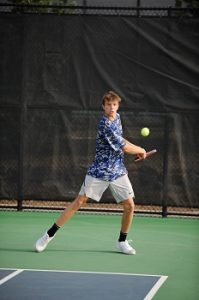 On the contrary, Mark had never heard of lacrosse before coming to America.

“I had a blast playing it. I got used to catching the ball with the net and throwing it again fairly fast. I was by far not the best player on the team, but I was thankful that my coach still trusted me and gave me a lot of playing time. I would like to continue that sport in Germany if possible,” he shares.

Mark has a great relationship with his host family and appreciates how they immediately took him in as part of their family. 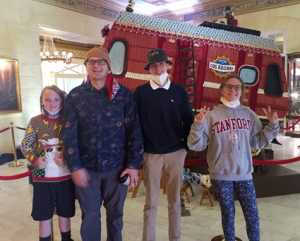 “I can’t express my thankfulness for them in words. They told me a lot about American culture and also showed me a lot of it. The thing I enjoy personally the most are the daily talks we have after dinner. We are on the same wavelength and always have something to talk about,” he shares.

Mark and his host family enjoyed many trips together throughout the school year. Together, they visited the zoo, Yellowstone National Park, and Orlando, Florida where they explored Universal Studios, NASA, and the beach. “We made so many fun memories and these trips were an experience of a lifetime,” he shares.

His Local Coordinator, Maureen, describes Mark as remarkable, polite, positive, and energetic. She says that he adjusted very well to student life in the United States and has taken every opportunity to participate in activities while spending quality time with people.

Despite the impact of COVID-19 protocols, Mark made the most of every opportunity. Maureen explains, “When team sports were canceled, Mark wore a mask and excelled at tennis. When school went virtual, he spent extra time with his host family biking, skiing, engaging in music and playing board games.”

Mark says that although COVID protocols made it difficult to meet and spend time with friends, he was still able to form many memories with friends during his time in the USA.  One example was a weekend getaway with a good friend of his. He recalls, “We stayed right next to a lake, and I had pretty much the best time of my life!” 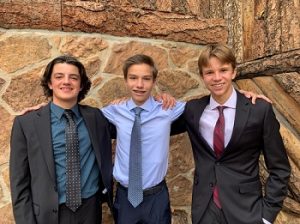 Mark reflects that his friendships formed while on the program really made the experience so much more enjoyable:

“Landon always supports me with everything and helps me with school and personal problems. Leski is smart, helpful, has infinite amount of energy, and always brightens up my day especially when I was missing my family. I tried to do a Harry Potter marathon with Leski. I also played a lot of four square with Nora and some other kids from my grade…and that gave me such good vibes. It was the first time I got that summer feeling back.” 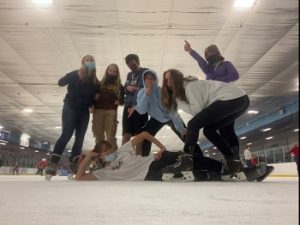 One of Mark’s favorite memories on the program was going to the Homecoming dance.

“It was just everything good combined. I had the greatest people around me. We were all dressed up and danced the whole night. There was great music, the food was awesome, and the pictures turned out great. I mean, what more could you ask for?”

Mark participated in the Epidemic Educational Centered Seminar (ECS) at school. He describes this as a month of hands-on experience which taught him a lot about the pandemic situation. He enjoyed learning about COVID and epidemics in general, as well as interacting with other students in smaller group sizes.  In fact, he was a class leader during this experience.

“He worked incredibly hard, spent countless hours on his project, and even worked with other students to help them complete their projects,” says Maureen. She continues:

“We are incredibly grateful to have had Mark this school year. We only wish he could stay longer!”

Mark says that the exchange experience changed him as a person because it made him more open to new things.

“I learned how to let go of everything I was familiar with and rebuilt it. I learned to appreciate things way more like having a family and having friends that support me.” 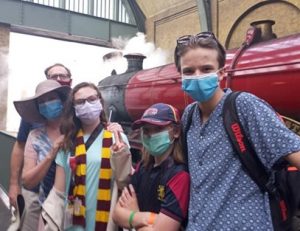 He says that through trial and error, he now understands how to better manage money and become more responsible.

“Just to give an example, I was not picking up trash in my room. I was living in the dirtiest room you could imagine! But then I became so disgusted, I started cleaning my room without anyone telling me to do so. Since then, I’ve kept it clean.”

As for the future, Mark looks forward to someday returning to visit his host family and friends he met while on the program. His dream is to attend medical school and become a surgeon. After completing his education, he plans to move to Switzerland or the United States.