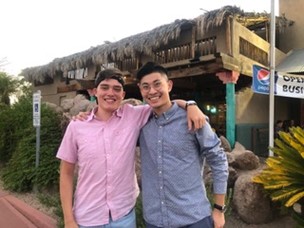 Ruiyang, or Peter as his friends know him, is from China and currently completing his junior year of high school in North Carolina. Although the COVID-19 pandemic has created unique challenges to meeting people, Peter has made several successful efforts to connect with others.

Because of the altered school schedule and social distancing protocols in place, Peter wasn’t able to meet a lot of people right away as he would have under normal circumstances, however, he found ways to do so inside and outside of the classroom nonetheless. He joined the soccer team and the student Leadership Council, and he hopes to join the basketball team this winter.

Peter’s efforts to get involved as much as possible in order to meet people quickly paid off. After being in school for only one month, Peter was elected by his peers as Co-President of the Leadership Council. 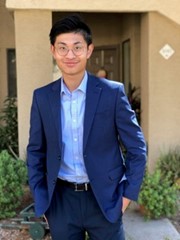 “It has been excellent,” Peter shares about his experience on the council. “I have had more chances to get to know people and it has kept me busy. I wanted to be in that position for a long time but I didn’t have the chance to run for it before. I thought it could be a good chance to get to know more people at this new school and I wanted to do that really bad. I recorded my speech, and somehow a lot of people voted for me.”

Angela, Peter’s host mother, has observed that Peter makes friends easily at school and has jumped in quickly to participate in as many activities as possible. She notes how proud their family is of Peter for being elected Co-President of the Leadership Council.

“Peter worked hard on his campaign speech and even contacted our grown son to get input and assistance. We helped him with recording his speech for the student body to watch on election day.  Obviously, he was engaging and made an immediate impact on his classmates,” she shares proudly.

“It (being elected co-president) means a lot to me. It means that I have been accepted at this new school as a transfer student. It also means that I will take on more responsibilities and is a big chance to make me grow,” says Peter.

Angela observes that the COVID-19 pandemic seems to have minimally affected Peter’s exchange experience. She explains:

“We have taken proper precautions in our home, but we continue to go to church and an occasional restaurant as usual. Peter’s school meets in person (with masks, of course), so he is able to have a school experience in the U.S. The only area that has been affected is the athletic program. Peter’s soccer season was shortened, and fans are not allowed to attend his games.”

Angela describes Peter as outgoing, confident, curious, and hard-working, and says that he enjoys meeting new people, and loves a good laugh with family and friends. 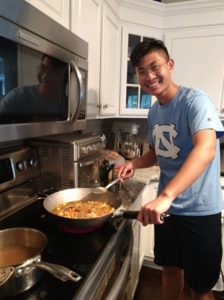 “He has a wide range of interests including soccer (especially his beloved Chelsea FC), music, and cooking. He is quickly becoming part of our family!”

Angela explains that her entire family has embraced the opportunity to welcome Peter into their home and hearts, and that they have all grown very close. She recollects a time when the grandparents left their house and Peter exclaimed, “I bet they like having a new grandson!”

Peter and his host family have already shared in several enjoyable and memorable experiences. The family took him to visit their youngest daughter, who is attending Duke University, and they went on a college tour while they were there.

They also took him to the international market in their city, and Peter thanked them by cooking one of his favorite childhood meals. Angela fondly recalls one family dinner in which they united their two cultures by enjoying both a moon cake and a moon pie. 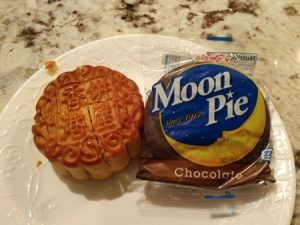 Peter’s admiration of trees and the green scenery of North Carolina inspired their family to plan a future trip to the mountains to witness the changing colors of leaves. They will also take him to Nashville to visit their son and Chattanooga to visit their oldest daughter.

“Of course, we plan to take in some college tours along the way,” states Angela.  Peter also hopes to visit The White House before returning to China.

Peter is very appreciative of his host family and feels fortunate to be a part of their family.

“They are great!” shares Peter enthusiastically. “I appreciate everything they’ve done for me, making dinners, taking me to school, everything.” 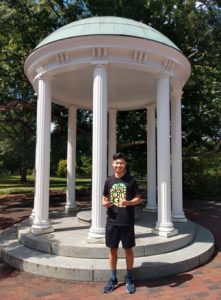 Peter’s appreciation of the exchange experience itself is also evident. He appreciates the extra care that the teachers have shown him and reports that, overall, the school experience has been good. He shares that as a result of this experience, he understands things more deeply and has a broader view of things in life.

Whatever the future may hold, we wish Peter all the best!